THE MOST SPECTACULAR CAVES OF MALLORCA 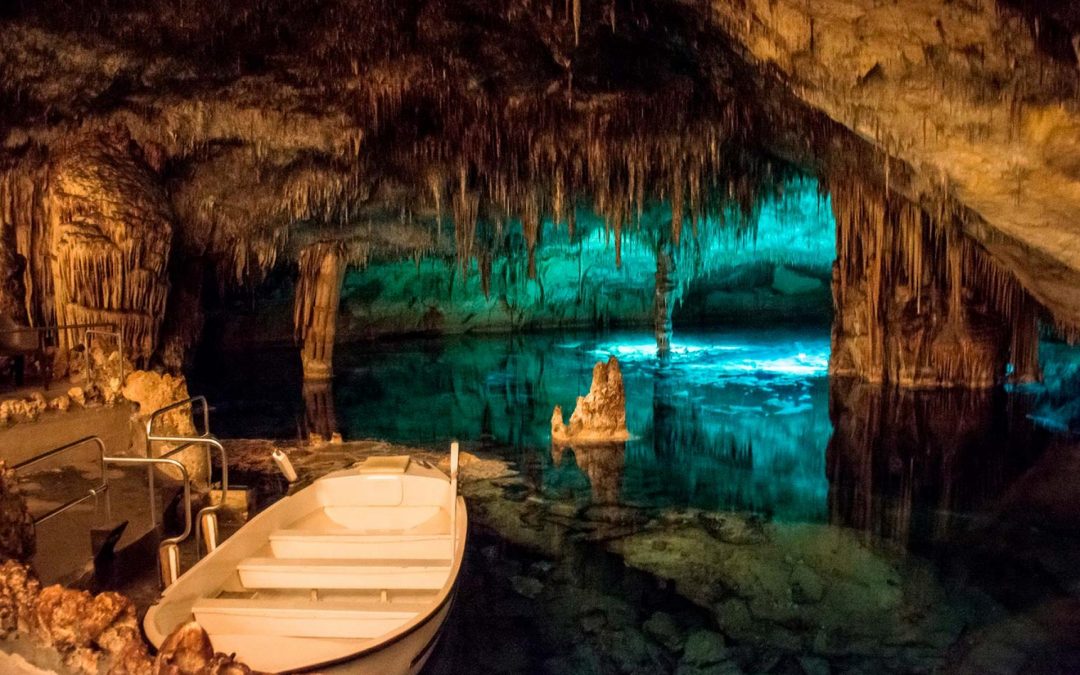 These are very unique places but more unknown to the general public. So today we stop at the most spectacular caves in Mallorca. If you are going to come to our island, you have to know them! These are impressive works of Nature that you cannot miss.

THE CAVES OF THE DRACH

Without a doubt, they are the best known internationally. In fact, it was a Frenchman, the geologist Edouard Martel, who was the first to map this place in the late XNUMXth century. They are a set of four caves (Cova Blanca, Cova dels Francesos, Cova Negra and Cova de Lluis Salvador) and one of the largest underground lakes in the world, with more than 100 meters in length (Llac Martel). Its stalactite and stalagmite structures are a real sight to behold. It belongs to the municipality of Manacor.

But, visit the Caves of Drach It is also a luxury for other senses, especially hearing. And it is that, classical music concerts are held inside it daily, which have as a culmination, a boat trip touring its inner lake. We recommend that to fully enjoy this appointment, use the appropriate clothing and footwear, to avoid slipping and taking into account that the temperature is different from that outside. 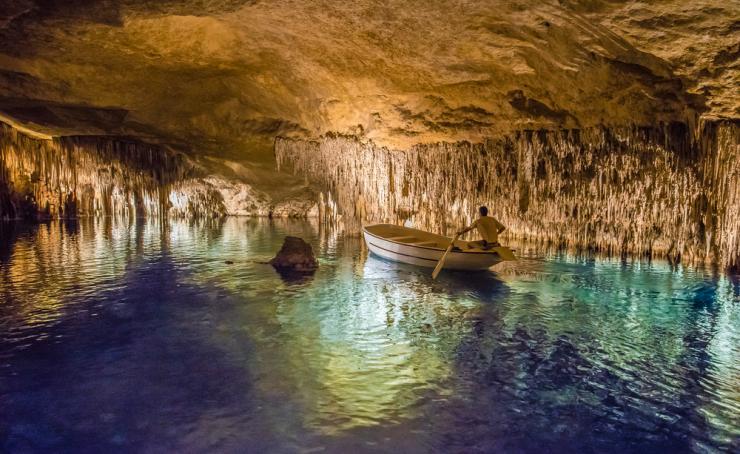 THE CAVES OF GENOA

We go from the largest to the smallest in dimensions, although we assure you that the Genoa caves they have the same level of interest. They are located in the capital of Palma, right in the Genoa neighborhood, which gives them its name. It is a set of calcareous galleries linked by corridors created by the action of water and with pools or domes. 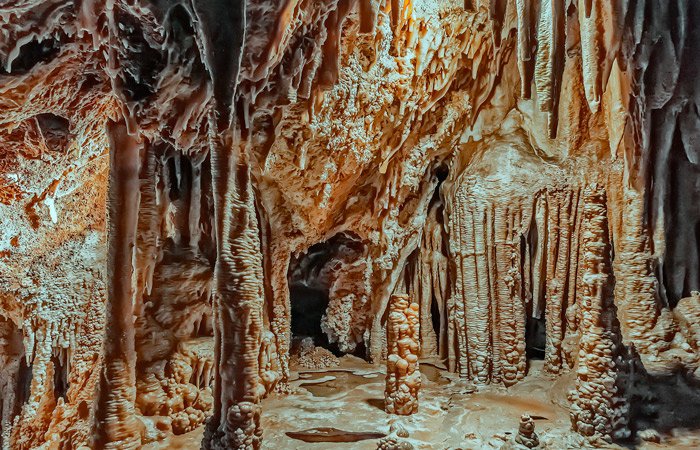 It is also one of the most popular names when we talk about spectacular caves on the island of Mallorca. They are located northwest in a coastal area, in Cap Vermell. Among its biggest attractions is seeing live one of the largest stalagmites in Europe, the so-called "Queen of Paradise", with its 22 meters high. Or enjoy the sound and light show that is projected in the "Hall of Hell".

It is especially recommended to visit it with children, since its complete route does not exceed 40 minutes, a very reasonable time so that we can keep the interest of the little ones alive. Take some warm clothes, because its interior temperature does not exceed 18 degrees. Unforgettable the interior landscape and unforgettable the spectacular views of the Mediterranean that you enjoy when leaving to visit The Caves of Artá. 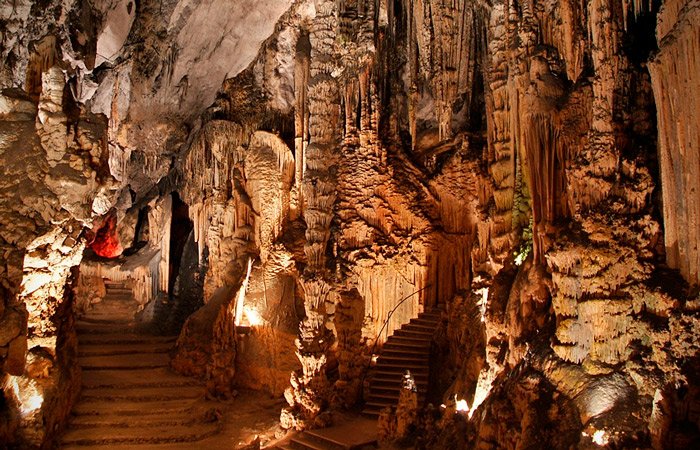 THE CAVES OF HAMS

The singularity of these famous caves are their hook-shaped structures, hence their name, because hams is the Mallorcan term to refer to these fishing gear. They also treasure another record, that of being the first caves to open to the public in all of Spain, in the year 1910. It is another set of impressive different caves, traveled by a lake (the Sea of Venice) where you can enjoy a musical show that ends the tour.

You have spaces as exclusive as its Round Cave, inside which, in addition to a botanical garden, you will delight in savoring a tapa accompanied by a typical liqueur from the area. Also worth noting is the Blue Cave, which is used to project a documentary on the history of the Hams Caves themselves and of all of Mallorca. 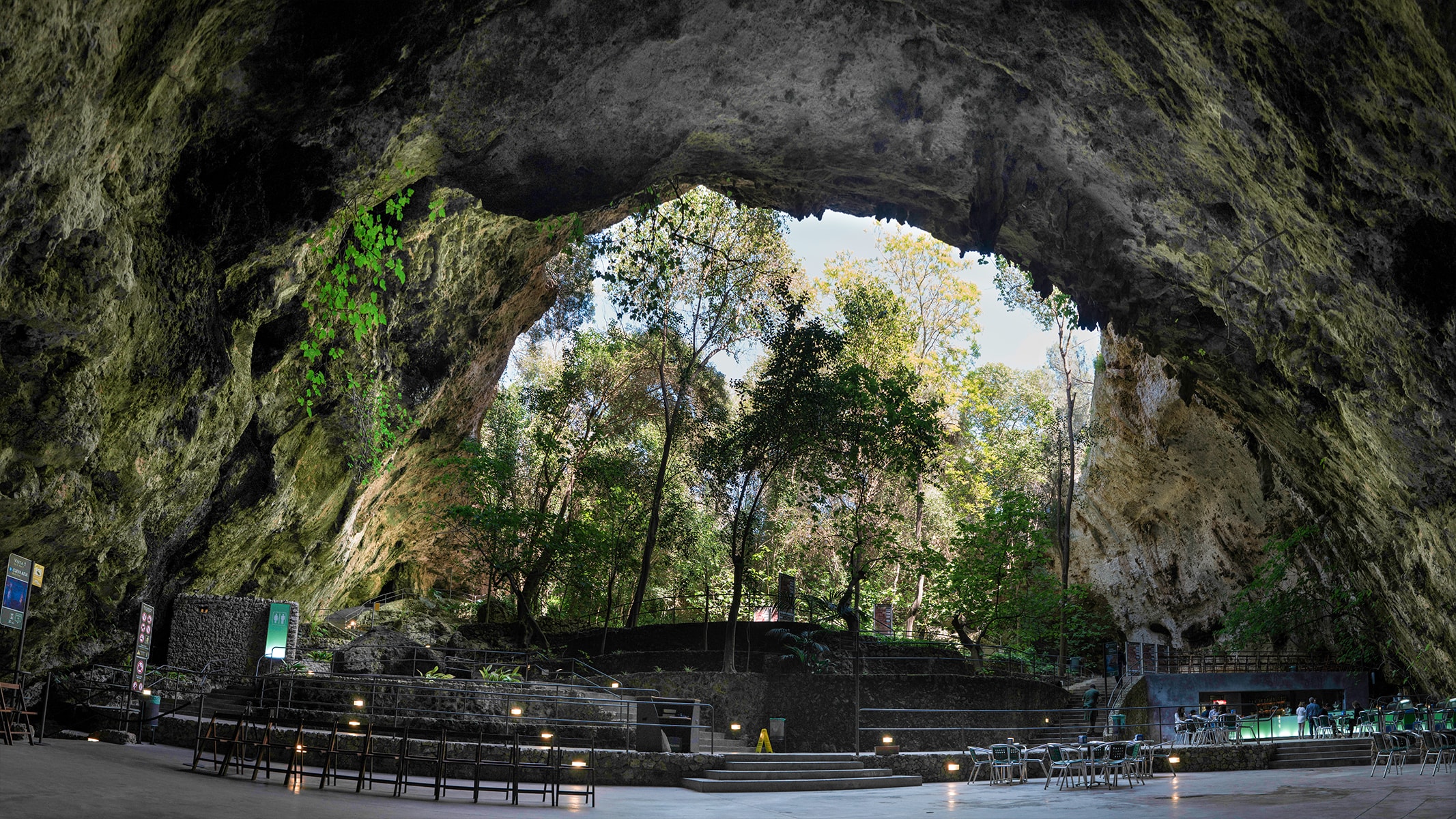 We have revealed to you those wonderful secrets that the island of Mallorca keeps underground, its caves. In Xarxa HomesFurthermore, we know each nook of its surface. If you are looking for a home, we advise and accompany you until you find what you are looking for. We put at your disposal our years of experience!

The decision to buy a home is always complex. Whether you are looking for your ideal home, a second home or a real estate investment, it is a complex operation because you have to handle different factors. Our extensive…

The price of urban land in the Balearic Islands reached an average of 296,7 euros per square meter at the end of 2020, according to data published by the Ministry of Development. It was up 3,7% compared to a year…

We know that it is one of the most important decisions of your life. Whether you're doing it from an investment perspective, or you're determined to find the home of your dreams. As an expert real estate agency…

Welcome! How can we assist you?

DON'T MISS THE OPPORTUNITY TO FIND THE PROPERTY OF YOUR DREAMS

Subscribe and receive all the latest news and promotions from us.